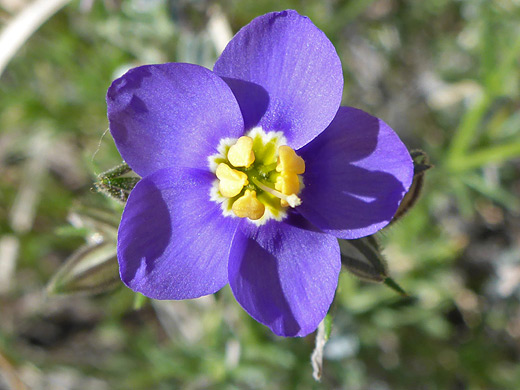 Giliastrum acerosum along the Permian Reef Trail in Guadalupe Mountains National Park, Texas
Although a small species, generally just 3 or 4 inches tall, giliastrum acerosum is noticeable owing to its symmetric, richly-colored flowers - the corolla has five deep blue petals, with a narrow white band across the base giving way to the green corolla throat, and five short filaments bearing large, yellow, heart-shaped anthers. A white style rises a little way above the anthers, topped by a small, branched stigma. The corolla tube is short, much less than the width of the lobes, and is generally exceeded by the calyx, which is around a third of an inch long, formed of thin, pointed, dark-green lobes separated by broad white margins.

All parts of the plant are glandular-hairy. Flowers form singly or in groups of up to three at the tips of the branches; plants branch from the base, typically producing between 5 and 12 stems, somewhat woody around ground level. Lower stem leaves are pinnately lobed, with many narrow segments, while the fewer stem leaves are more palmate in appearance, and have 3 to 5 lobes. 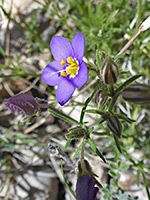 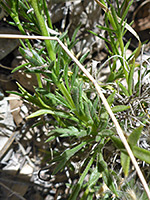 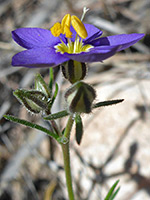 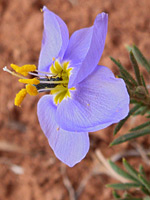 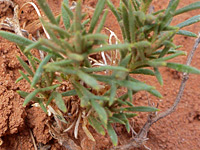