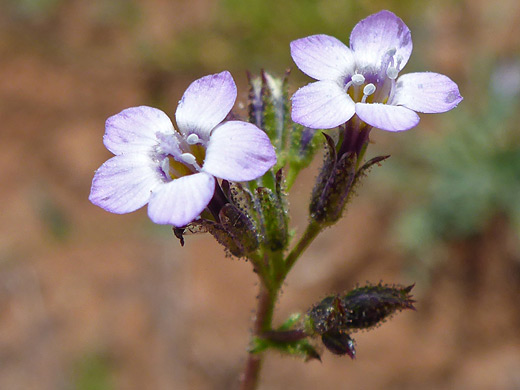 Gilia sinuata produces one or several stems, erect or spreading, which are hairless, colored light green with a greyish tint on the lower half. Leaves grow mostly at the base, also sparingly along the stems; like most gila species they are pinnately lobed, and (usually) lightly covered with short, cobweb-like hairs. Stem leaves are smaller, clasping, pointed at the apex, and less deeply lobed.

Flowers form in small numbers at the top of the stems. Their most noticeable aspect are the dark glands, found all over the calyces and (less densely) the upper section of the pedicels. Calyces are green, purplish along the lobes, and less than a quarter of an inch in length. The five-lobed corolla is about twice as long, and colored dark purple at the base, yellow at the throat of the tube, and purple on the lobes (light towards the base, darker along the margin). The corolla lobes are held at 90 degrees to the tube. The five stamens have white filaments and light blue anthers, and project slightly beyond the corolla. 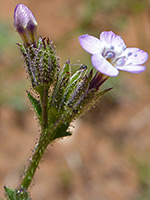 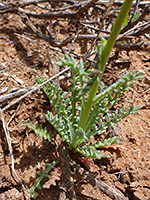 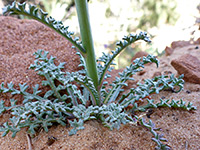 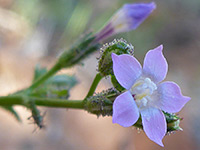 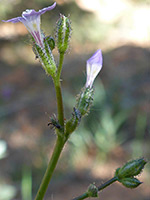