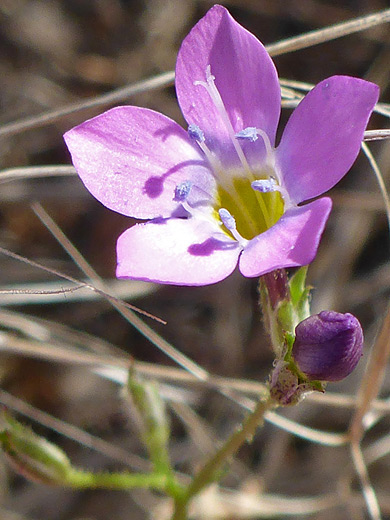 Gilia flavocincta is a low-growing plant, generally around one foot tall. Stems branch from the base and most of the way to the tip; they have a covering of cobwebby hairs below the middle, becoming mostly hairless and sometimes glandular towards the top. Leaves are once or twice pinnately lobed; lined by tiny leaflets which are broad at the base and have a small spike at the tip. Leaves also have a sparse hair covering, most strongly on the upper surfaces. They grow around the base and in small numbers along the stem, at alternate intervals.

The inflorescence is a compact, dense cluster, the flowers attached by short stalks. Flowers are funnel-shaped; narrow at the base, broader above and opening to five ovate lobes, almost one inch in diameter. The reddish green calyx also has five lobes, pointed at the tip, and lightly covered with hairs on the outside. The base of the corolla is dull purple, the throat bright yellow, and the lobes a uniform pink. Five stamens are fixed to the inside of the corolla throat; they have white filaments and blue anthers, these slightly exserted. 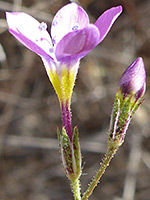 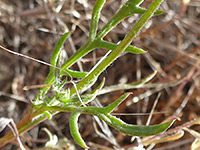 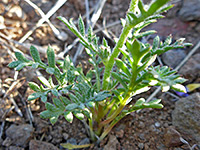 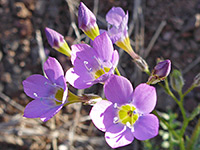 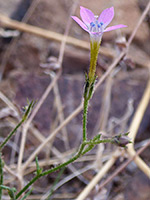 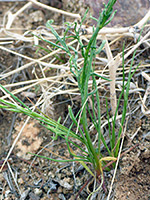