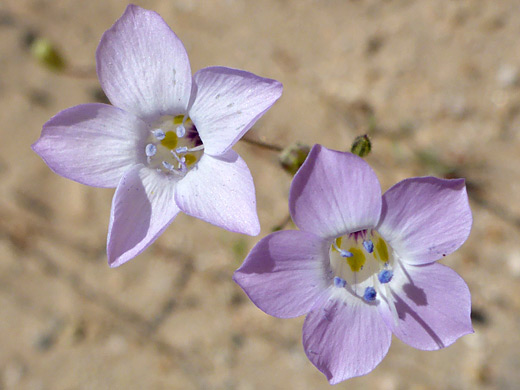 The corolla is relatively long, up to 1.3 inches, with a narrow, purple tube extending some way above the short (0.2 inch) calyx, expanding to a broad, quite long throat, which has yellow patches lower down and becomes pinkish-blue at the top. Corolla lobes are pale pink.

Plants may branch a few times, from the base. Stems have a sparse covering of glandular hairs towards the top, and generally woolly, non-glandular hairs near the base. Leaves are mostly basal, pinnately divided into quite well-separated lobes, which may be divided again. Lobes usually have a pair of small teeth along the sides, and a point at the apex. Leaves have a light-colored midvein, broad towards the base.

There are five subspecies (bernardina, cana, speciformis, speciosa, triceps), differentiated by characteristics of the pedicels, corolla and fruits. 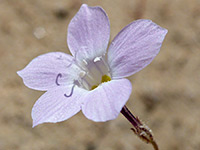 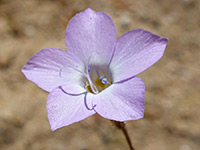 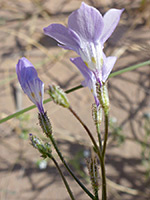 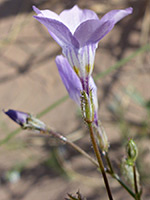 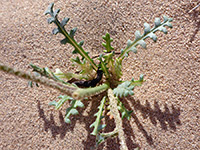