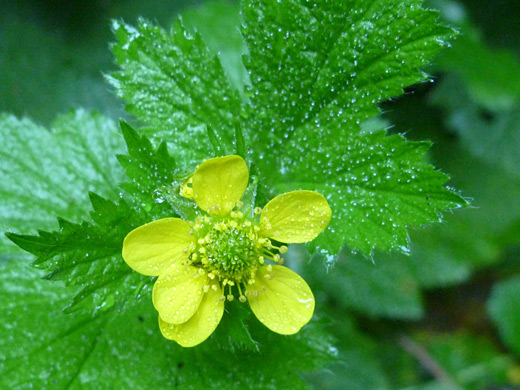 The inflorescence is an open, branched cluster of between 3 and 16 flowers. Flowers stalks are densely covered by long hairs. The five sepals are green, bent backwards. The five petals are yellow, obovate to round in shape, generally non-overlapping, and just less than a quarter of an inch long. At the center are a ring of yellow stamens around a group of greenish pistils. 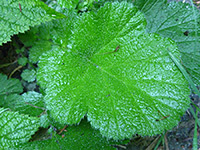 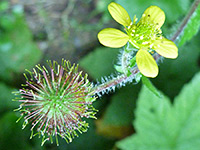 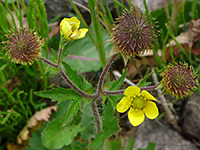 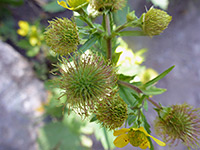 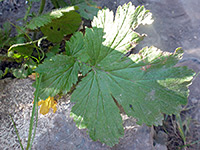 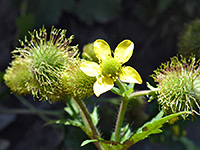