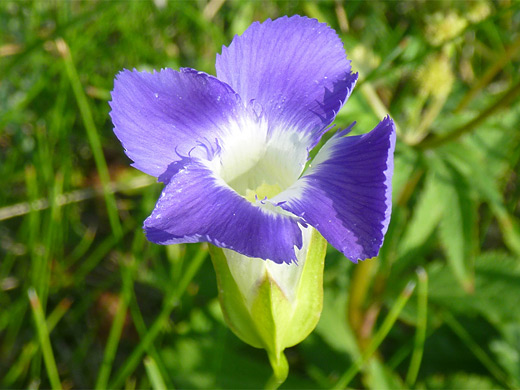 Gentianopsis thermalis is one of the more unusual gentians; the four purple-blue petals have a twisted, spiral arrangement when closed, and overlap slightly when open to leave a square-shaped opening, revealing the two stigmas and four stamens. The edges of the petals are delicately fringed, and the plant is most widespread in the mountains of Colorado to Montana, hence the common name of Rocky Mountain fringed gentian; the latin species name, thermalis, is a reference to the thermal pools of Yellowstone, where the plant is particularly abundant and has been designated as the park flower. The interior of the corolla, and the lower portion of the petals, is whitish, but streaked with purple. The flowerhead is supported by four pointed green bracts, which have a ridge running up the center, sometimes colored dark brown. 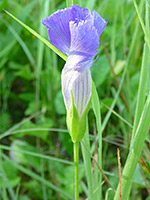 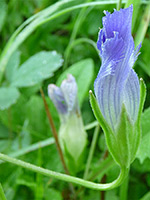 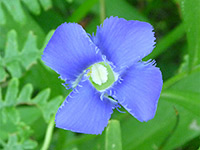 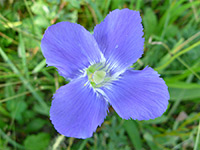 Top of a flower 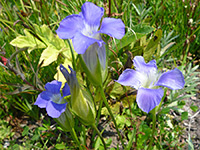 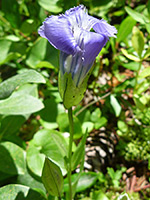 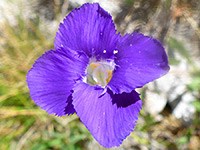