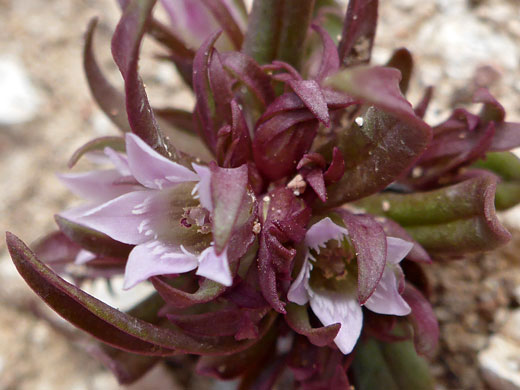 Gentianella tortuosa, a rare species, is most widespread across the plateaus of southern Utah, with other populations in the Spring Mountains of south Nevada, the Wasatch Range in Utah and Rio Blanco County, Colorado - in the Cathedral Bluffs, from where originates its common name.

Plants are small, just a few inches high; they have leaves clustered at the base and at closely-spaced intervals along the short stems, these latter a little longer. Leaves are often purple in color. Flowers are solitary, from the leaf nodes; they consist of a five-lobed calyx, divided almost to the base, and a funnel-shaped corolla, narrow at the base, wider towards the top, and opening to five triangular lobes. A fringe of white hairs circles the inside of the corolla, just below the lobes. At the center are five stamens, topped by purple anthers, and two stigmas. Flowers are pale pink or bluish in color, and they are nestled within the leaves, rather than held well above, as is the case for most other gentian species. 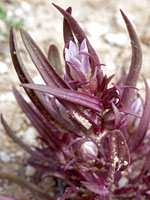 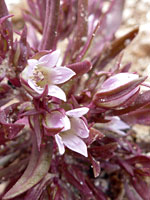 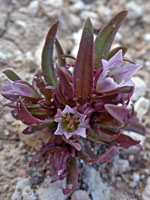 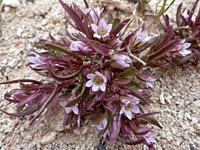