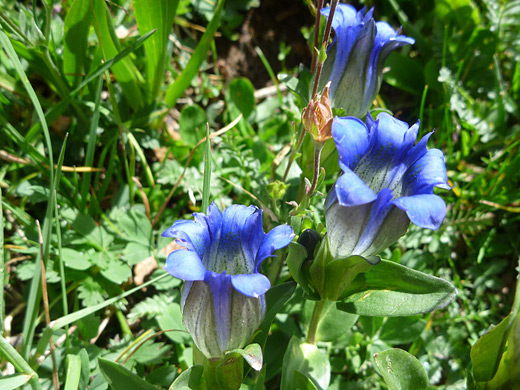 The large, pretty flowers of gentiana parryi are shaped like a goblet; broad at the base, a little narrower towards the top, but wider again at the tip, where the corolla opens out into five rounded lobes (sometimes pointed). These are the petals, between which are five fused sepals, terminating in a narrower, more pointed projection. The top of the flower is blue, while the lower sections are whitish, with greenish-purple flecks and stripes. The center contains a compact group of stamens and a pistil.

Flowers may be borne singly or in small groups (up to 5), and they tend to open fully only during sunny days. Beneath the flower head are several green bracts, large and leaf-like. This species resembles the mountain bog gantian (gentiana calycosa), but this has smaller leaves, and smaller sepal projections. 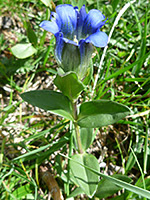 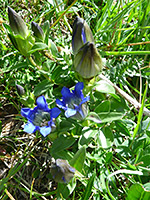 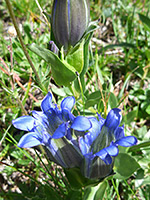 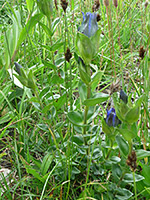 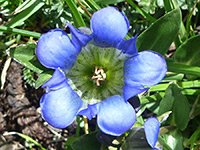 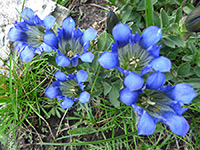