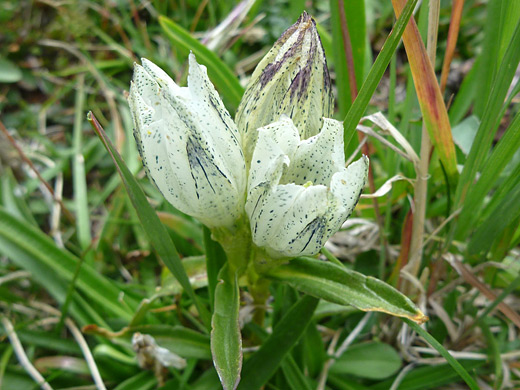 The attractive, funnel-shaped flowers of gentiana algida are predominantly white, less often pale yellow or very pale green, but decorated with tiny, purple or green spots on the faces, and thin purple lines along the folds. The corolla has five pointed lobes, and opens to reveal a central group of light brown-tipped stamens and a greenish style. Leaves grow quite densely, at the base and along the short stems; they are narrow, hairless, with smooth edges, and rolled up slightly along the long axis.

The plant inhabits high elevations and so blooms late in the season, well into September. Flower heads are relatively large for this quite small plant, and the species is not that widespread, but locally common in favourable habitats. 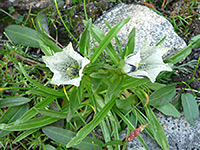 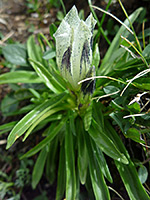 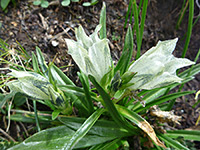 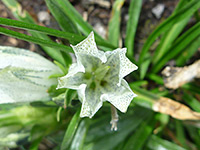