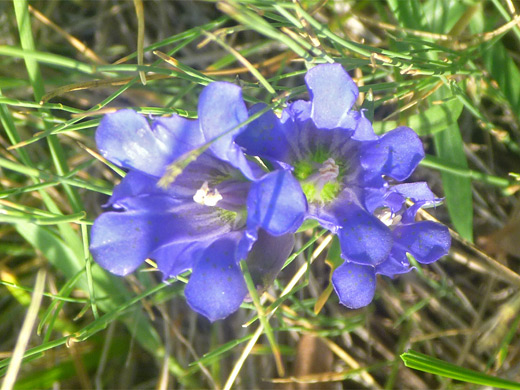 Stems of the pleated gentian, gentiana affinis, are reddish in color, supporting closely-growing clusters of blue-purple, funnel-shaped flowers; each has 5 lobes (rounded or slightly pointed) and a greenish center. Between the lobes are five other pointed projections, rather smaller. The inner surfaces of the lobes are marked with an irregular pattern of green dots. Flowers appear both at the tip and further down the stem, on short stalks (pedicels). Short, thin leaves grow between the flower heads; those further down the stem are a little wider, more oval-shaped. The plant generally stays close to the ground but in favorable locations can reach a height of 2 feet. 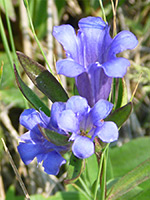 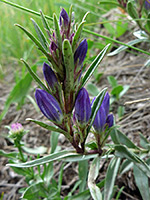 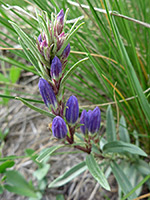 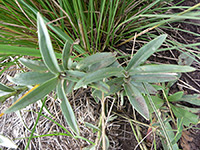