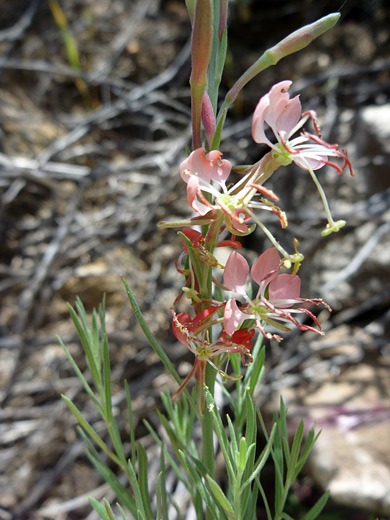 Gaura coccinea (also known as oenothera suffrutescens) is a widespread species, found all across the west. The inflorescence is an elongated cluster along the upper part of the stem (up to 16 inches), containing one dozen to several dozen flowers. The most colorful flower component are the four petals, which are initially white, becoming pink then red as they mature, often during the course of a single day. Flowers at the lower end of the cluster open first. Leaves are narrow and closely spaced, with a few edge teeth and a prominent central vein; they may have wavy edges, and a fine hair covering, making them appear greyish.

The flower is bilaterally rather than radially symmetric; the petals point upwards, occupying less than 180 degrees, while the stamens tend to droop down, topped by long red anthers. The flower center also contains a longer, four-pronged style. Petals are clawed; very narrow at the base, broader towards the tip. Beneath the flowerhead are four narrow, pointed greenish-pink sepals, slightly longer than the petals, and curved back along the stalk. 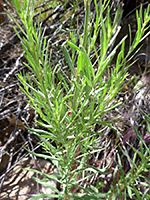 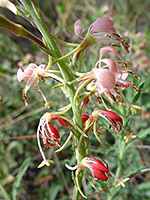 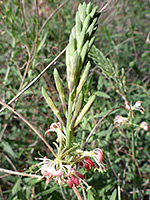 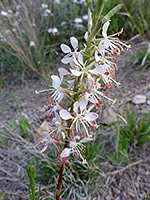 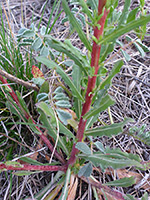 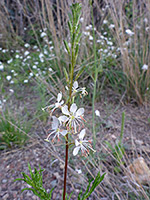 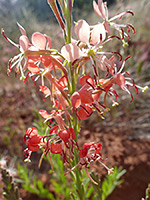 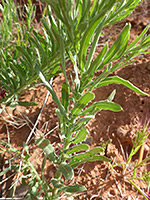 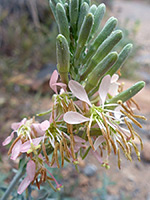 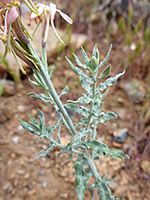 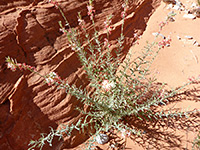