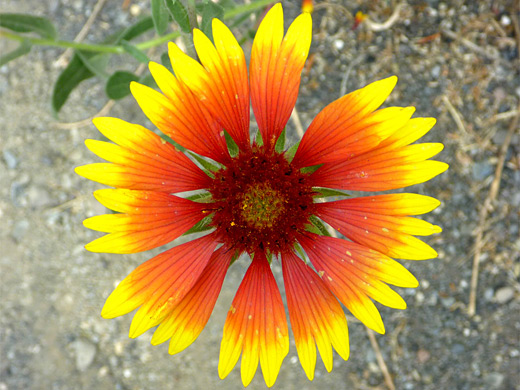 Although the outer parts of the petals are yellow, (when fully mature) red is the most visible color in flowers of gaillardia aristata, a sunflower-like plant found in varied habitats across the northwestern states and the Rocky Mountains. Petals (between 6 and 16, but usually 13) are partly divided into three lobes and have several thin veins running lengthwise. The tiny disc flowers at the center are reddish brown, or sometimes purplish. Beneath the flower heads are pointed, green, hairy bracts, visible from above though gaps at the ends of the petals.

After blooming, the flower heads (which can be up to 3 inches in diameter) form spherical seed balls. The reddish green stems have a sparse covering of long, straggly hairs, bear leaves most of the way along, and grow close together to create quite a dense cluster. 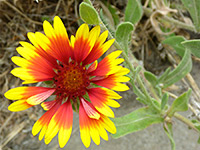 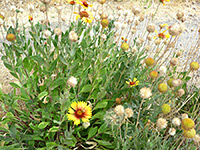 Plant with flowers and seeds 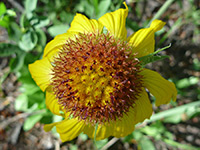 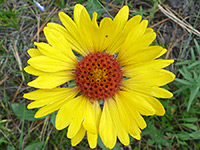 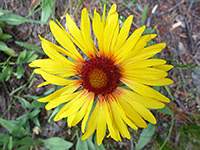 Petals orange at the base 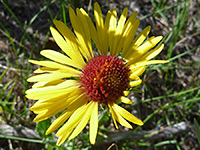