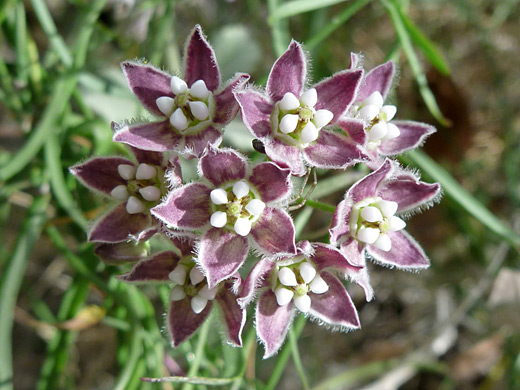 Funastrum cynanchoides is a vine; the long, narrow stems wind often round each other, or adjacent vegetation, and bear many leaves, somewhat variable in shape, from narrow and linear to wider and ovate, cordate at the base. Like all milkweeds, the stems exude a milky sap if cut. Leaves and stems may have a very sparse covering of short hairs, pressed against the surface.

Flowers have five small, triangular sepals and five larger, spreading petals, mostly pink or purple but white along the edges. The symmetric flower center is formed of five white appendages, separate from the base of the corolla, and five light brown anthers, around a greenish filament column which has a two-lobed pistil at the top. Petal edges are fringed. Flowers form compact spherical clusters. 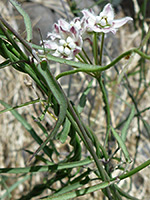 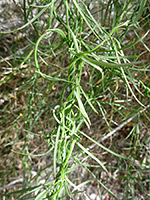 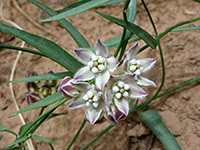 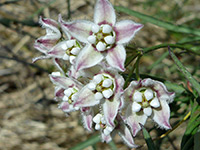 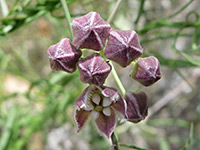 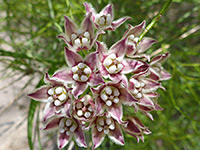