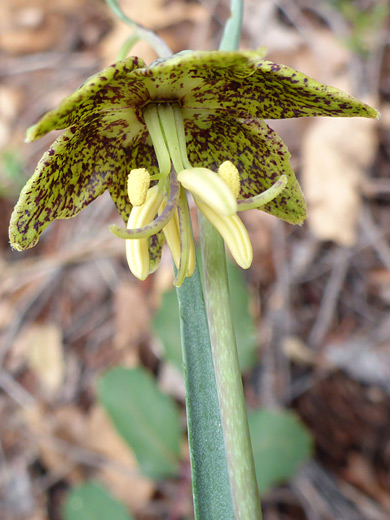 Like all members of this genus, fritillaria atropurpurea has large, colorful flowers; about one inch in diameter, formed of six tepals which are yellow to white, densely mottled with brown or purple spots. Sometimes this darker color predominates. Flowers are nodding, both in bud and when open. At the center is a style, divided to at least half its length into three curving segments, and six stamens, topped by large, pale yellow anthers, attached at their mid points. Tepal edges are often rolled back slightly. Flowers form singly or in groups of up to four. Seed pods are green, six-angled capsules.

The grey-green leaves are linear, sometimes narrowly lanceolate, and angled upwards. The uppermost leaves are generally shorter than the inflorescence. Stems are erect and unbranched. 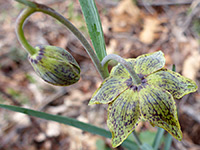 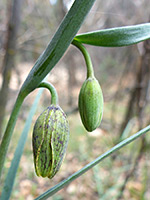 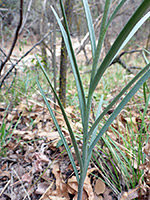 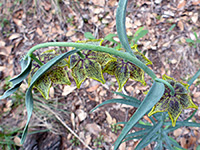 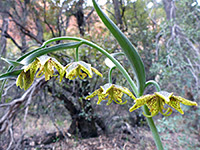