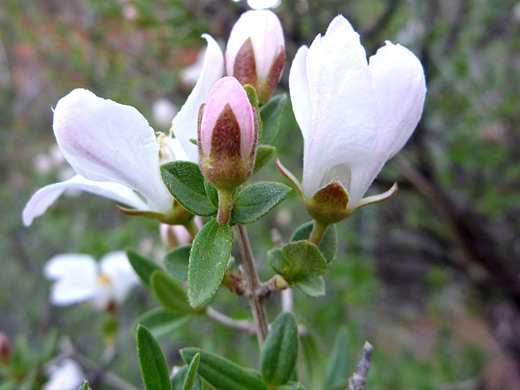 Fendlera rupicola is a woody, freely branching shrub, producing small leaves an quite closely-spaced intervals, and numerous terminal flowers, either single or in clusters of 2 or 3. Buds are pink but the flowers are pure white, and in favorable years can appear to completely cover the plant, almost hiding the leaves. The shrub tends to grow more upwards than outwards, giving a tall, narrow outline. Bark is dark grey-brown in color, and often shredding. The thick green leaves are mostly hairless, and have three lengthwise veins.

The flowers are formed of four short, narrow, purplish green sepals, beneath and between four larger, white, clawed (narrow at the base) petals, whose edges are often slightly ragged, while at the center are a ring of eight white stamens around four light brown styles.

The plant inhabits a wide geographical range, from the Mojave Desert of south Nevada to the mountains of the trans-Pecos region in west Texas. Var wrightii (sometimes considered a separate species) has leaves which are more hairy, especially the lower surfaces, and edges which curl under. 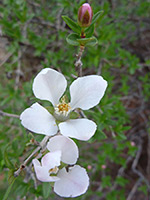 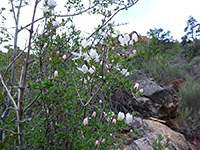 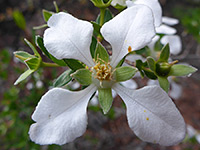 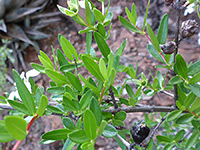 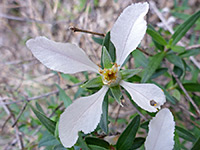 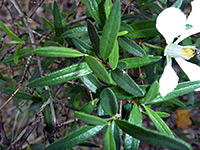 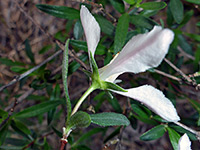