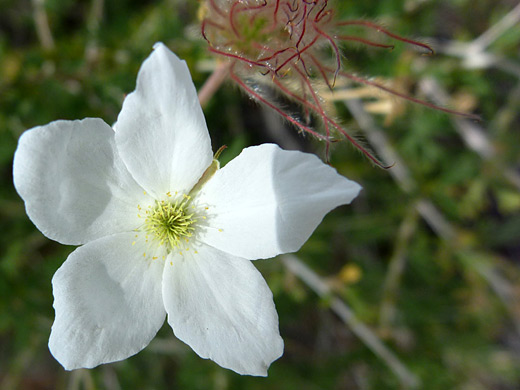 Fallugia paradoxa, the only member of this genus, is a shrub-like plant characterized by peeling, grey-white bark along its woody branches, and deeply divided grey-green leaves, which are hairy on the upper surface, and somewhat scaly underneath. Leaves are evergreen in many locations.

The saucer-shaped flowers have five large white petals (up to one inch in length) and five smaller sepals, with a center of many yellowish stamens and pistils. Between the sepals are five narrower bractlets, generally a little darker in color, and usually divided at the tip into up to seven lobes. In late summer, the flowers are replaced by long, red-purple styles bearing a feathery plumage, attached at the base to the small fruit. 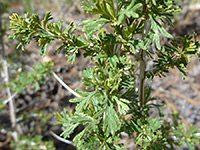 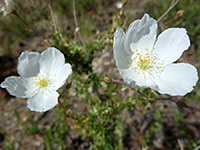 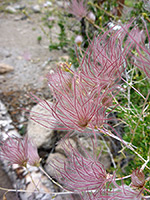 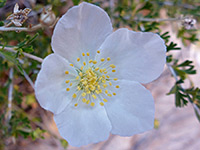 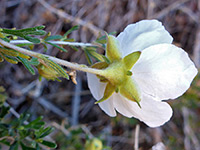 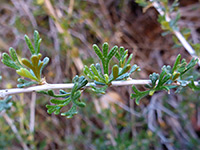 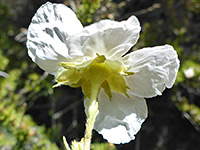 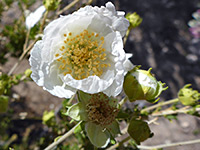