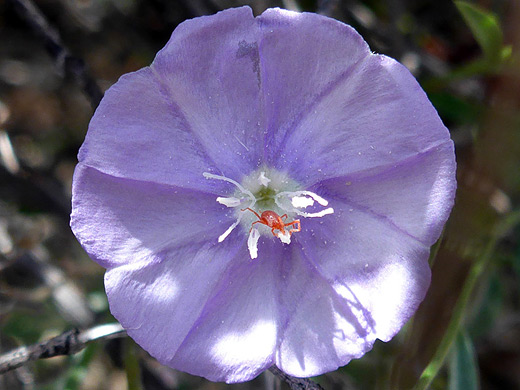 The blue or purplish flowers of evolvulus arizonicus are held on short, thread-like stalks towards the upper end of the slender stems. The corolla is nearly circular when viewed from above, crossed by five, downwards-pointing folds radiating from the middle, and five upwards-pointing folds in between. The corolla center is a narrow tube, ringed by a patch of white, and contains five white stamens and a white style. The anthers are linear, only slightly wider than the supporting filament, and around half as long. Flowers are around two thirds of an inch in diameter.

Plants typically produce a dozen or more stems from a woody base, pointing vertically upwards or partially leaning. Leaves and stems are covered by short hairs, woolly or bristly. Flowers occur singly or in groups of two or three. 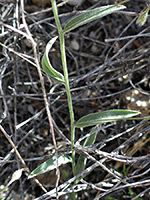 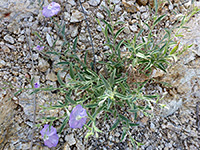