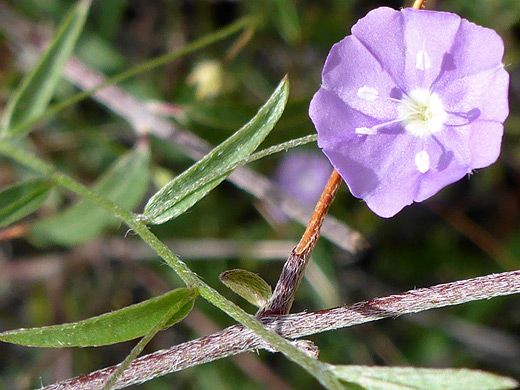 Flowers of evolvulus alsinoides may be colored white, or various shades of purple or blue. They form singly or in pairs, on very short stalks, at intervals along the stems. The nearly circular corolla is around a third of an inch in diameter and is crossed by ten even folds radiating from the center, pointing alternately upwards and downwards. The corolla center is white. Flowers have five stamens, which have slender, white filaments topped with white anthers, plus a divided style. The anthers are about three times the length of the filaments. Fruits are whitish, four-valved spheres.

Stems may rise up or lie along the ground. Stems and leaves have a covering of relatively long, soft hairs, most flat against the surface but some angled outwards. Leaves are undivided, somewhat variable in shape but generally widest in the middle. Leaf tips are pointed, while the bases are rounded. 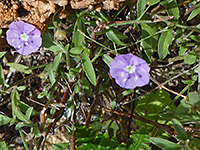 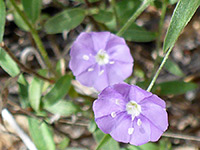 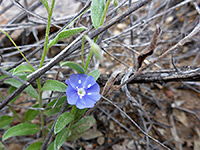 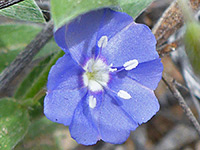 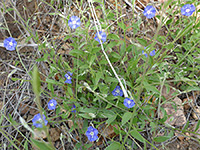