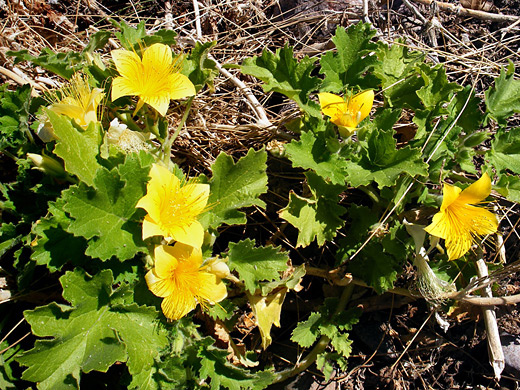 Both leaves and flowers of eucnide bartonioides are large; the latter is funnel-shaped, about 2 inches in diameter and is formed of five yellow, pointed-tipped petals that may remain overlapping or be fully separate, and surround a cluster of several dozen yellow stamens, projecting well beyond the corolla. Flowers grow from the ends of the short, branched leaf stalks. In the US the plant is found only in west Texas, mostly along the Rio Grand corridor, especially in Big Bend National Park. Leaves have a covering of fine hairs which sting if touched.