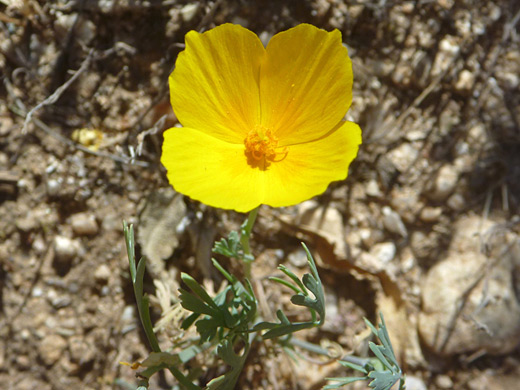 Despite its common name of pygmy poppy, the yellow flowers of eschscholzia minutiflora can still be relatively large, with petals up to one inch in length, but a quarter of an inch is more common. Larger flowers are found towards the northern and western parts of its range. Petals may have a few orange spots at the base. The flower is centered on a group of a dozen or more stamens and a stigma, also yellow. Flowers form at the tips of the branched stems, which, unlike many other eschscholzia species, have leaves all along their length, though they are still concentrated at the base. Leaves and stems are grey-green (glaucous). Leaves are divided into small lobes, like other poppies, but are unusual in that the lobes towards the tip of the leaves are larger in size than those towards the main stem.

Three subspecies have been identified (ssp covillei, ssp minutiflora and ssp twisselmanni), based largely on differences in flower size, but these may merely be natural variations, not meriting separate classification. 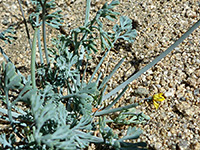 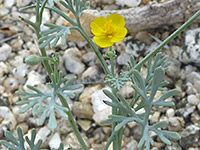 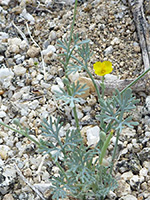 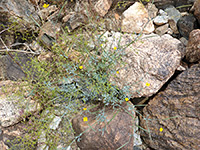 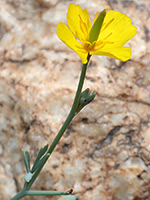 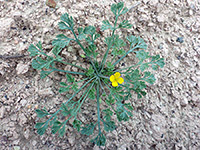