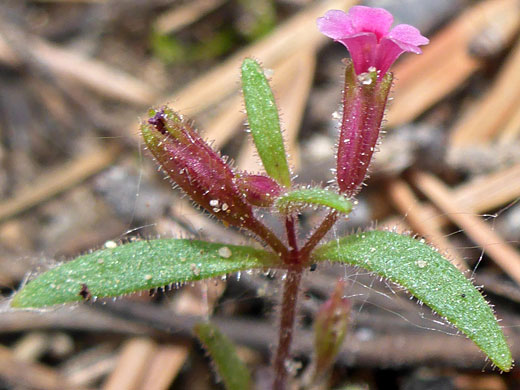 Pedicels are around a third of an inch long, and are usually ascending. The calyces, about half as long as the pedicels, are strongly ridged, with five tiny, equally-sized, spreading lobes at the tip, while the corolla is pink, divided into a two-lobed upper lip and a three-lobed lower lip. All lobes are shallowly notched. The base of the lower lobe is yellow, edged by patches of darker pink, or red. 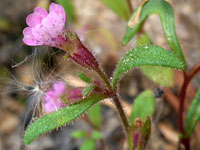 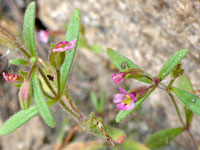