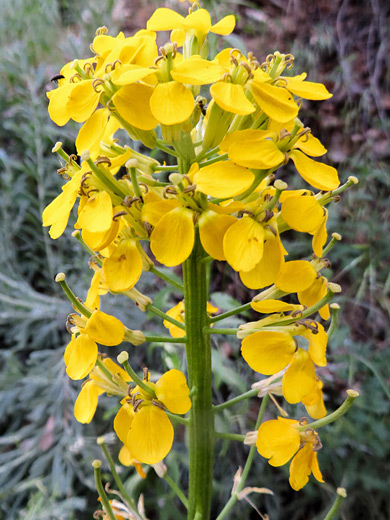 Also considered as a variety of the much more widespread erysimum capitatum, erysimum perenne inhabits mountain slopes in the western Sierra Nevada and the southern Cascades. Two distinguishing factors are that the fruits are alternately expanded and constricted, at and between the seeds, and that the leaf hairs are divided into between two and five rays; erysimum capitatum has even, unconstricted fruits, and leaf hairs generally with just two or three rays.

The thick, grooved stems of erysimum perenne grow vertically upwards, and are usually single; less often branched from the base. Leaves occur at the base and along the stem; the latter usually have entire edges, while the former have small edge teeth. Flowers are formed of four oblong sepals, in two slightly differently shaped pairs, and four clawed, obovate yellow petals. In fruit, the pedicels are spreading or ascending, around 0.7 inches long. Fruits are linear, narrow, and up to 5.5 inches in length. 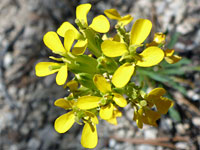 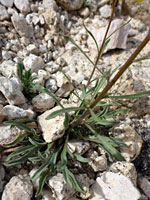 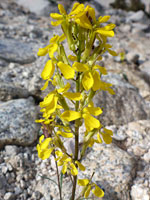 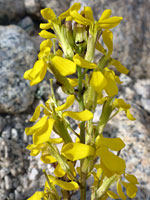