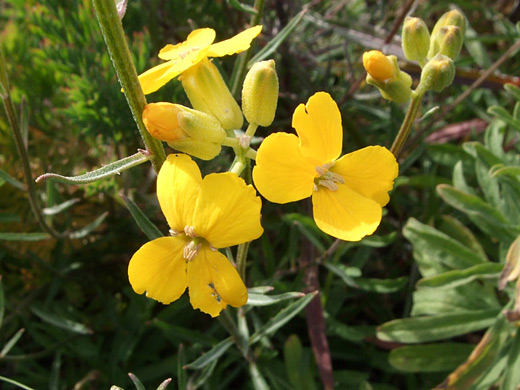 Erysimum insulare produces stout, branched, reddish green stems, woody at the base, rising to 2 feet or less, topped by small clusters of yellow flowers, each of which has four yellow-green sepals and four petals around half an inch in length. Petals tend to be positioned in two pairs, slightly overlapping, with a greater distance between the pairs. The thin leaves grow around the base and more sparingly along the stems; they may have a few small teeth along their edges. The species has fairly limited distribution along the coast of southern California. Two varieties are suffrutescens and insulare, of which the latter is rare, found only in the Channel Islands. 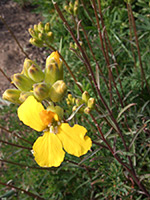