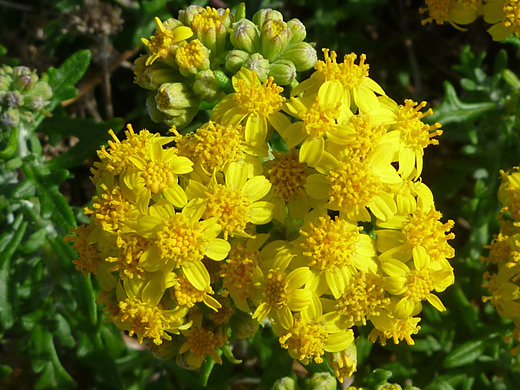 Eriophyllum staechadifolium grows along the Pacific coast of Oregon and California, sometimes reaching heights of 5 feet but generally rather smaller, though spreading sideways to form large clumps - rounded clusters or flattish mats. Flowers usually have between 6 and 9 ray florets (these may occasionally be absent) and 20 or more disc florets, with between 8 and 11 phyllaries underneath; they occur in a rounded inflorescence of up to 15 heads. Ray florets have a few small teeth along the tip. Leaves are shiny and bright green on top, greenish-grey and finely hairy underneath, and are divided into widely-spaced lobes. 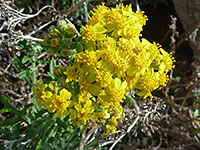 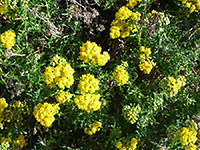 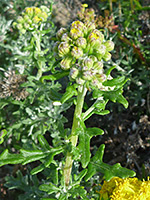 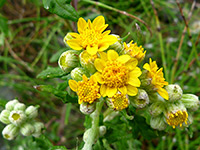 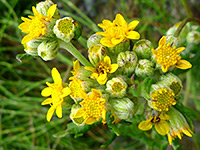 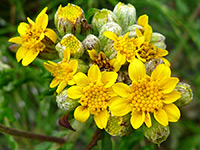 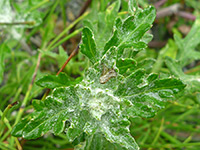 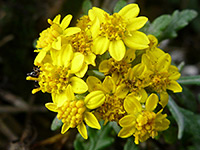 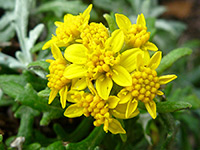 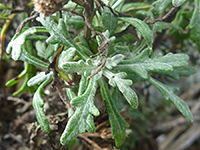