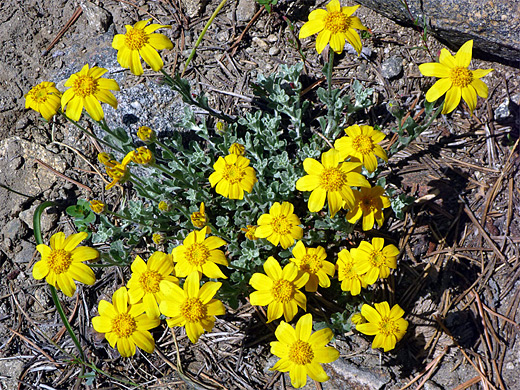 The yellow, sunflower-like blooms of eriophyllum lanatum are about 2 inches in diameter and consist of 5 to 13 ray florets (occasionally zero) and many tiny, glandular-hairy disc florets, which when mature form a semi-sphere at the plant center. Phyllaries also number from 5 to 13; they are all the same length, and covered with flattened white, woolly hairs that tend to obscure the divisions, at least towards the base. Phyllary tips may curve outwards.

Flowers grow singly on stems that may be branched or unbranched and have a few small, ovate, undivided leaves at intervals; most leaves grow at the base of the stems and are pinnately divided, or toothed. Leaves and stems are also covered by fine, woolly hairs. This common plant is widespread across the Pacific and northern Rocky Mountain states, and has ten recognized varieties, most specific to California and the Pacific Northwest. The only widespread variant is var integrifolia, which is characterized by (usually) exactly eight ray florets, flat leaf margins (not wavy), and lower leaf margins toothed (or entire) rather than lobed. 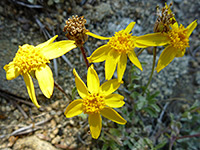 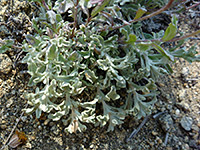 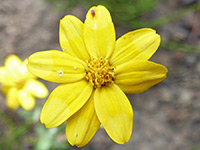 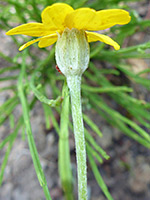 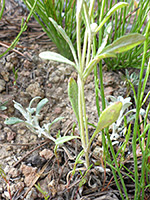