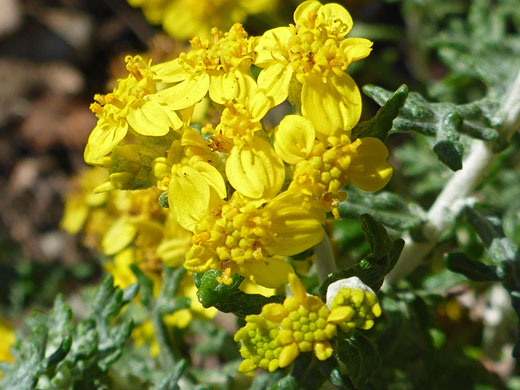 Eriophyllum confertiflorum (golden yarrow), Cabrillo National Monument, California
Eriophyllum confertiflorum is found only in California, in a broad band along the coast and neighboring mountain ranges, from the Mexican border north to the Bay Area, also in the Sierra Nevada. Stems appear pure white due to a dense covering of woolly hairy, as do the undersides of the leaves. Upper leaf surfaces are dark green, with a much finer hair covering, becoming glabrous as they age. Leaf margins are rolled under. Leaves are partially divided into up to five narrow lobes.

The all-yellow flowerheads are arranged in loose clusters, these attached by thick stalks of around one inch. Flowerheads have between four and seven, equal-length phyllaries, also woolly, four to six ray florets, and between ten and 75 disc florets.

Most plants are var confertiflorum, with between ten and 30 flowerheads per cluster; the much less common var tanacetiflorum, restricted to the Sierra Nevada foothills, has from four to seven heads, somewhat larger, and attached by longer stalks. 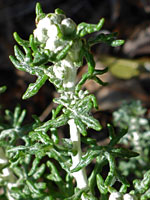 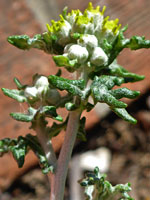 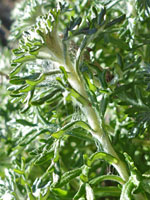 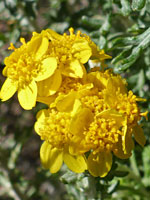 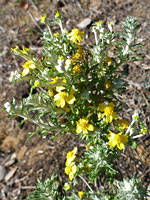 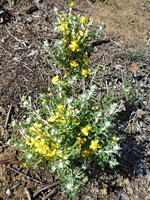