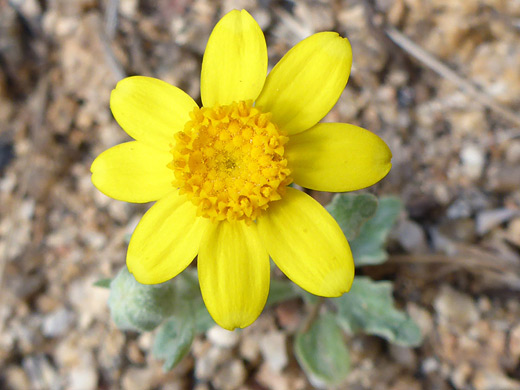 Leaves of eriophyllum ambiguum are relatively thick, and, like the stems and phyllaries, are covered by woolly, tomentose hairs. Leaf margins have a few large lobes, or teeth. Plants produce one stem or several, generally growing at an angle, or drooping down. Flowerheads are produced singly at the top of the stems; they have between six and ten equal-length phyllaries, fused for most of their length, and the same number of yellow ray florets, about a third of an inch long. These surround a center of between ten and 20 orange-yellow disc florets.

Var ambiguum has disc florets with hairless lobes, while for var paleaceum the lobes are hairy. 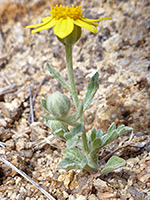