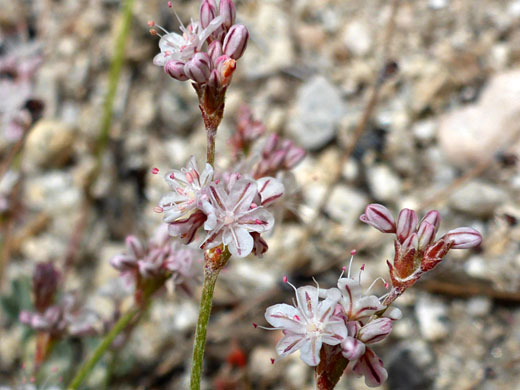 Eriogonum wrightii is widespread across Arizona and California, and also occurs in several other western states. Like many other buckwheats it is a variable species, occurring in a range of habitats, and six varieties are recognized, differing in leaf and flower dimensions, the amount and nature of the hair covering, and, in particular, in the growth form, which varies from sizeable, woody shrubs (var nodosum, var membranaceum, var wrightii and var trachygonum) to low, matted herbs, less than one foot high (the common var subscaposum and the rare var olanchense).

Stems and leaves may be glabrous or sparsely to moderately tomentose, the hairs colored white, grey or reddish. Leaves are either concentrated at the base or along the stems, and they are attached by short stalks, a quarter of an inch or less. Leaf margins are usually straight but can be somewhat wavy. The inflorescence is an open cluster, containing long, straight branches, along which are relatively well-separated involucres, each containing around four flowers. Flower lobes are white to pale pink, with a broad, reddish-pink medial stripe. Involucres are often similarly striped. Stamens are exserted. 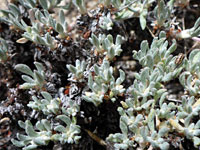 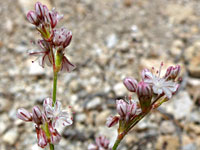