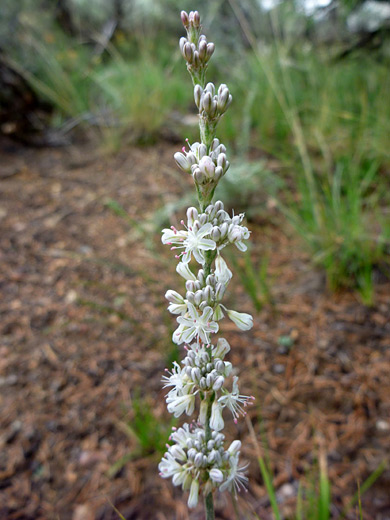 Eriogonum racemosum is a relatively easy species to identify on account of its distinctive tall, narrow, unbranched flower stalks (racemes). The ovate, grey-green leaves grow only around the base, and both upper and lower surfaces have a covering of short, matted, flattened hairs (tomentose). Leaves tend to angle vertically upwards.

Stalks are upright, bearing dozens of small, long-lasting flowers in groups along the upper half. Individual flowers have six, white to pale pink petals, with a darker lengthwise stripe along the middle, a cluster of pink-tipped stamens at the center and three triangular, scale-like bracts underneath. Flowers open at the lower end of the inflorescence initially, moving upwards as the season progresses. Petals become reddish brown when withered. Variable characteristics of this species include stem height, bract shape, leaf size, leaf shape and flower length, though no specific varieties are recognized. 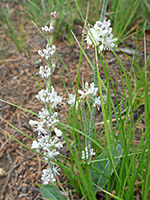 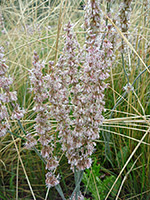 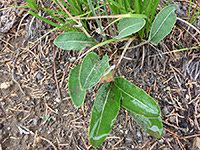 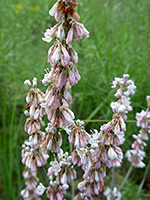 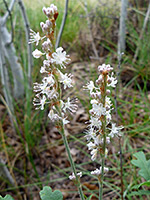 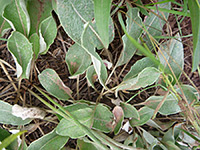 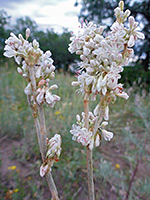 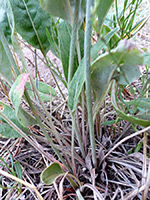 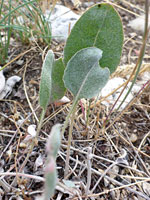 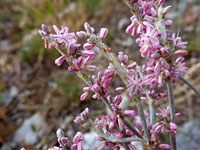 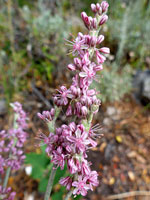