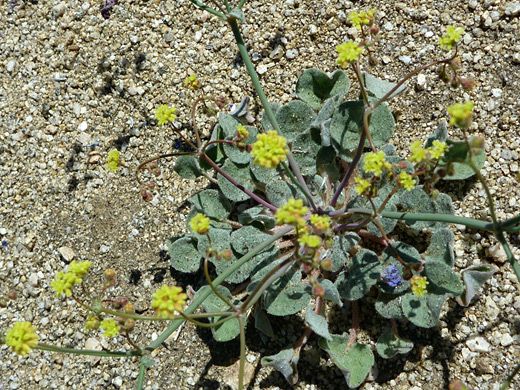 Eriogonum pusillum is a common and widespread species, found at a range of elevations and in a variety of habitats between Oregon and Arizona, concentrated in the Great Basin and Mojave deserts. The circular, stalked leaves grow only at the base, forming a flat rosette, from where the lightly branched, hairless, grey-green to reddish stems rise a few inches, topped by spherical clusters of small yellow flowers, with three scale-like bracts underneath. Flowers have a reddish, bell-shaped, finely glandular-hairy, five-toothed involucre and a six-lobed corolla, yellow at first, later orange/red. Leaves may be wavy around the edges. 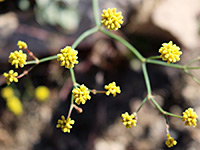 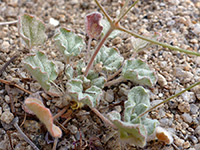 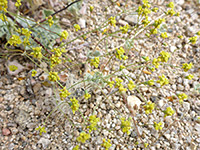