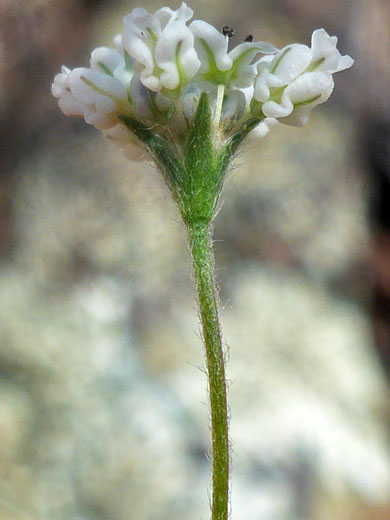 Eriogonum pharnaceoides grows in scattered, medium elevation locations from Lincoln County, southeast Nevada, to southwest New Mexico; it is most common in central Arizona. The green or reddish stems (and inflorescence branches) have a covering of straggly hairs, some spreading, some appressed. Leaves are concentrated at the base, where they are attached by short stalks; there are also a few narrower, sessile stem leaves. Lower leaf surfaces are tomentose, while upper surfaces are more sparsely hairy, sometimes glabrous.

The inflorescence is an open, branched cluster, the components being single involucres, typically containing around six flowers. The hairless flower lobes may be white to pale pink (var pharnaceoides of New Mexico and central Arizona) or yellow (the less common var cervinum, of more northwesterly locations). Lobes of the outer flowers are somewhat expanded towards the base and narrower in the middle, while lobes of the inner flowers are narrower, and more uniform in shape. Stamens are not exserted. 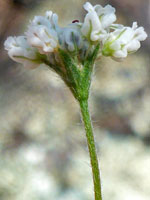 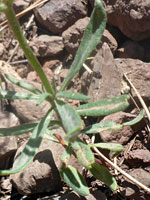