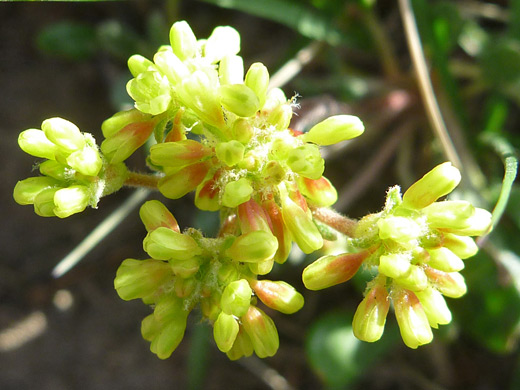 Eriogonum marifolium is found in the northern Sierra Nevada, the Klamath Mountains, the Cascade Range and other adjacent hilly areas. Like many eriogonum species, plants form mats, with many leaves and stems. The bright green leaves are generally hairless on the upper surface, but covered by tomentose hairs on the lower surface. They are attached via stalks a little shorter than the blade.

Var cupulatum has narrow leaves and larger involucres (up to a quarter of an inch wide), while the more widespread var marifolium has wider leaves and much smaller involucres. 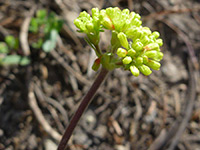 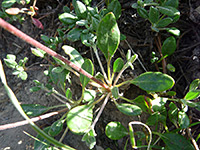