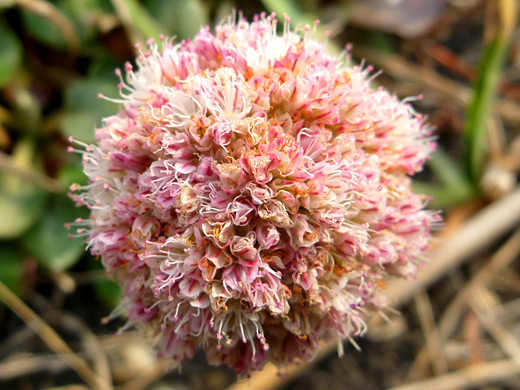 Eriogonum latifolium has limited distribution along the coastline of central/north California and south Oregon, but is locally common, found in sandy locations. The low, frost-free habitat enables flowers to bloom all year. Plants form low mats, up to six feet in diameter, and around one foot tall, though in favourable locations, sheltered from the wind, stems can reach a height of two feet or more. Stems and both sides of the leaves usually have a dense to light covering of white, tomentose hairs; occasionally the upper leaf surfaces are hairless. Leaves grow on stalks about one inch long.

The inflorescence is a spherical cluster of small flowers, colored white to dark pink, and relatively large; up to six inches in diameter. Clusters are held well above the leaves, on slender, branched, leafless stalks. Flowers contain nine stamens, extending beyond the six-lobed corolla. The corolla lobes have a dark pink stripe down the middle. 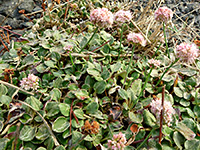 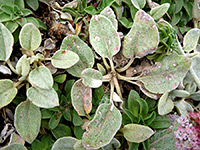 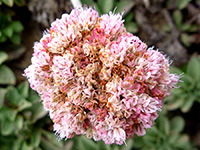 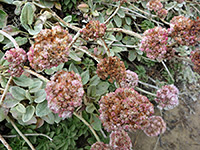 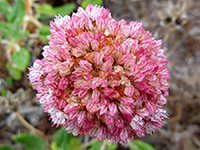 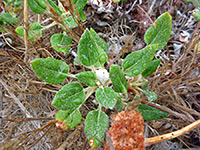