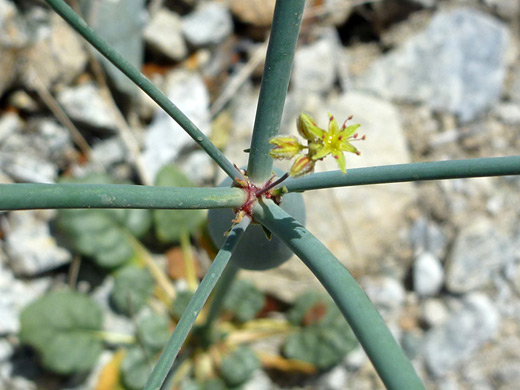 Eriogonum inflatum is quite a distinctive plant, with a basal rosette of rounded leaves on long stalks, and a stout, grey-green, leafless stem that becomes inflated higher up, and divides at about half its height (just above the widest point), to several branches radiating outwards, which themselves also branch. The swelling was for many years thought to be due to wasp larvae living inside, but has recently been shown to be a natural process, related to a build up of carbon dioxide in the stem.

The upper stems appear barren when viewed from a distance, but in spring they produce clusters of tiny greenish-yellow flowers (less often pinkish), held on very short stalks from the branching nodes. Stalks are initially red, later green. The star-shaped flowers have six narrow, ovate tepals, with a light covering of white hairs underneath, and a group of yellow- to red-tipped stamens at the center. The outer surfaces of the tepals are densely hairy. Favorable conditions can result in a second blooming period in the fall. 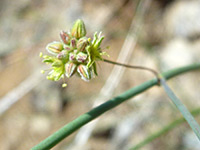 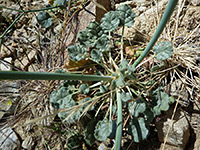 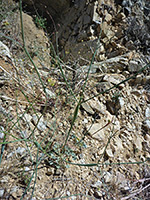 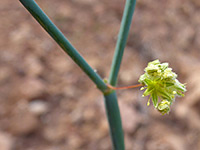 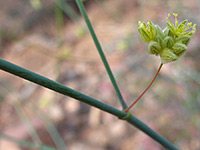 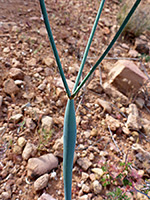 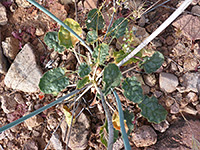 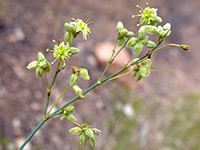 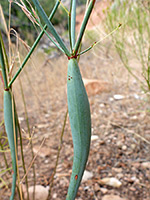 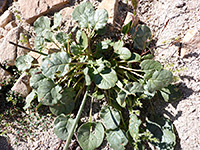 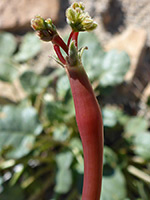