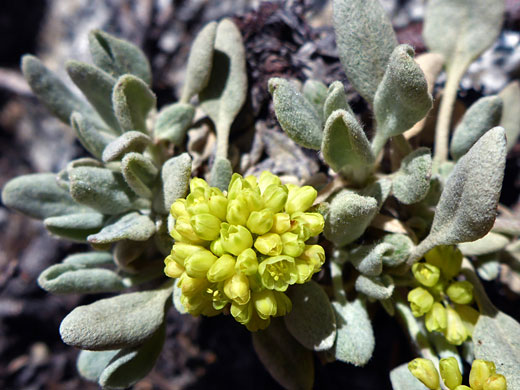 Eriogonum incanum is found all along the Sierra Nevada in California, extending a short distance into Nevada. Stems and leaves have a covering of short, tomentose, white to light grey hairs, often somewhat tufted. Leaves are basal, tightly clustered, and attached by stalks similar in length to the blade. Leaf margins are flat. Plants form small clumps, around 10 inches across.

Flowers are borne in tight, head-shaped clusters (less than one inch wide) at the top of leafless stalks, erect to ascending, and they are dioecious; pistillate flowers have oblanceolate tepals, initially yellow, becoming red later in the season, while staminate flowers have smaller, ovate tepals, all yellow. Stamens are exserted. Tepals are generally less spreading than for many other eriogonum species. 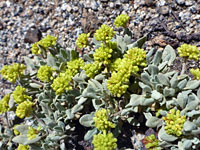 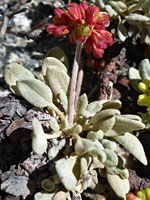