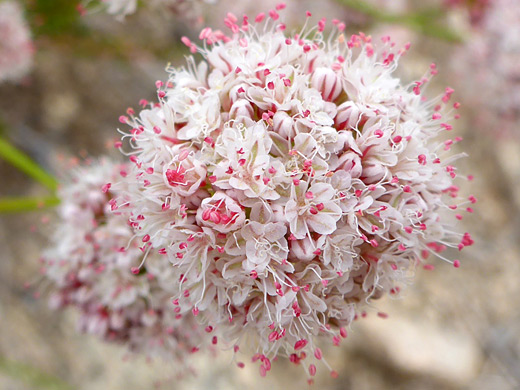 Individual flowers of eriogonum fasciculatum are very small, about a quarter of an inch across, but they cluster together to form a dense ball up to 6 inches in diameter. Flower heads have six white to pale pink petals, each with a reddish axial stripe, and several longer (exserted) white stamens topped with pinkish red anthers. Buds are colored darker pink. Leaf stems become woody with age. The plant is common, and quite variable in appearance; it may grow as a large branched shrub, up to 5 feet tall, or spread sideways, staying close to the ground.

There are four named variants of eriogonum fasciculatum (fasciculatum, flavoviride, foliolosum, polifolium), identified by leaf and flower characteristics, though often the varieties intergrade, and hybridize, so can be difficult to distinguish. 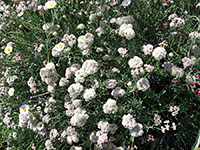 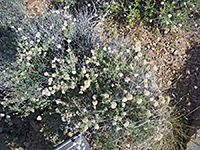 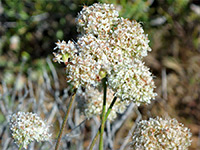 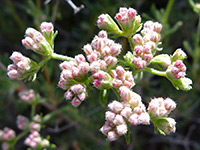 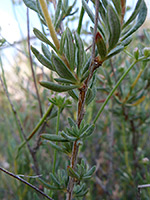 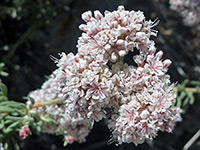 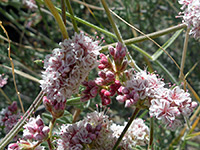 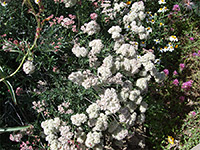 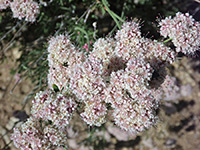 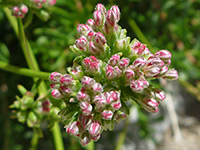 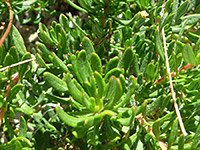 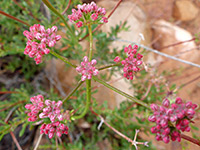 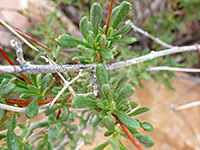 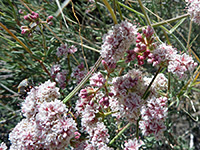 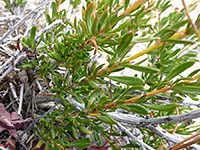 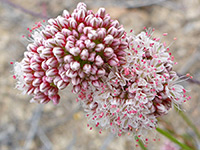 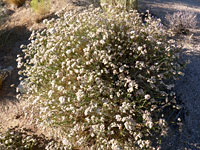