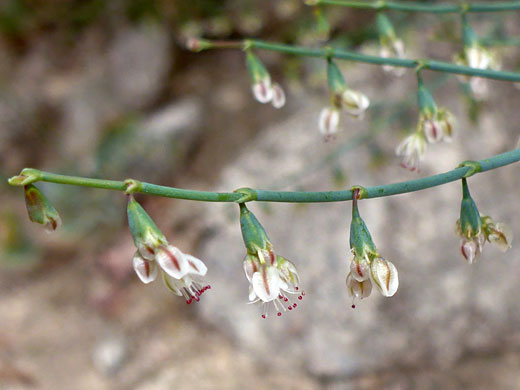 Leaves grow only at the base and are attached by relatively long stalks, about twice the width of the blade. Leaves have a covering of greyish, tomentose hairs, denser for the undersurfaces. Stems are usually glabrous but may also be tomentose.

The inflorescence is an open cluster, the branches of which bear single, stalkless flowers at regular, well-spaced intervals, usually all pointing in the same direction. Each flower is subtended by three tiny bracts. Involucres are narrow at the base, wider above, and are lined by five triangular teeth. Tepals are white to pale pink, crossed by a greenish-brown stripe. Stamens are not exserted. 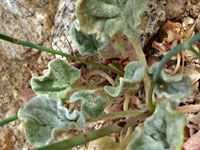 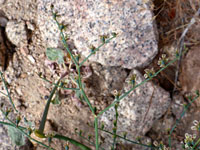 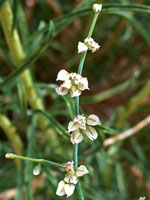 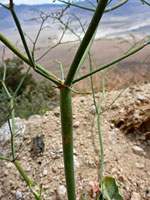