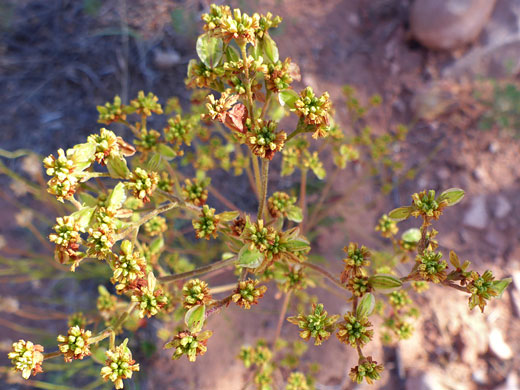 The flowers of eriogonum alatum lack petals, and are instead formed of six greenish-yellow, petal-like sepals, in two series, enclosing nine stamens (which have hairless filaments) and a pistil topped by three styles. The sepals wither to orange and red. The fruit is a pendent, light green capsule, ageing to brown, edged by three thin, whitish wings.

Stems and leaves are usually strigose hairy, but may be hairless. Leaves are mostly basal, borne on stalks of up to 2 inches; stem leaves, if present, are sessile and shorter. Basal leaves are generally widest above the middle, and tend to loose some of their hair covering as they mature.

Two varieties are the usual var alatum, with strigose foliage, and var glabriusculum found in and around the Texas Panhandle; this is a taller plant (up to six feet), and has hairless foliage. 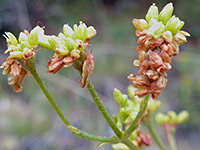 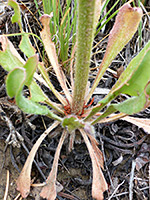 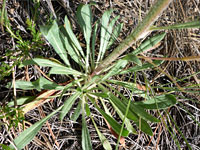 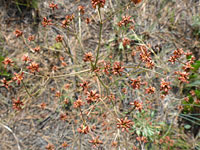 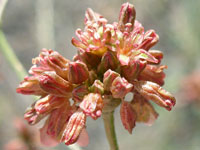 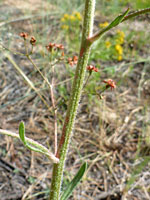 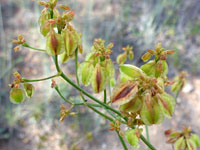 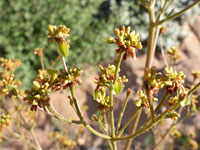 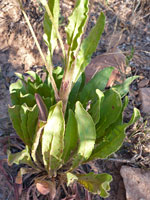 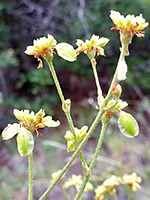