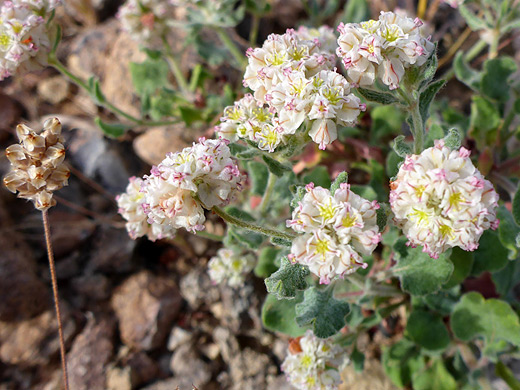 Eriogonum abertianum inhabits the Chihuahuan and Sonoran deserts, from low plains to mountains over 6,000 feet. Plants may flower at any time of the year, though spring and summer are the usual periods. Stems are often red around the base, otherwise green or grayish, and have a covering of long, soft hairs. Stems are spreading or erect, and branch readily, at the base and above. Leaves grow on reddish stalks up to 2.4 inches long; they and the leaf surfaces are also hairy. Basal leaves are ovate, while stem leaves are narrower, and equally hairy.

Spherical flower clusters form atop long hairy stalks, and are subtended by 3 to 6 linear or narrowly lanceolate bracts. Individual flowers are small, around an eighth of an inch in length, and have six tepals, in two series; the inner three are lanceolate, the outer larger, ovate or nearly round. Tepals are mostly white initially, crossed by a pinkish vein, becoming more generally pink as they age. The nine yellow stamens are about the same length as the tepals. 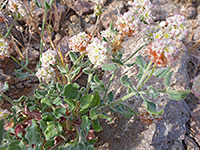 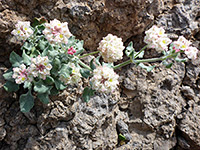 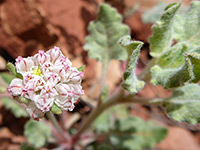 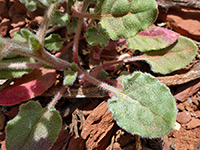 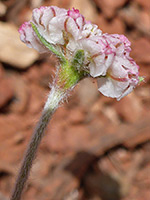 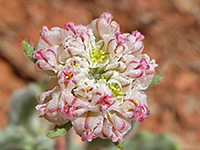