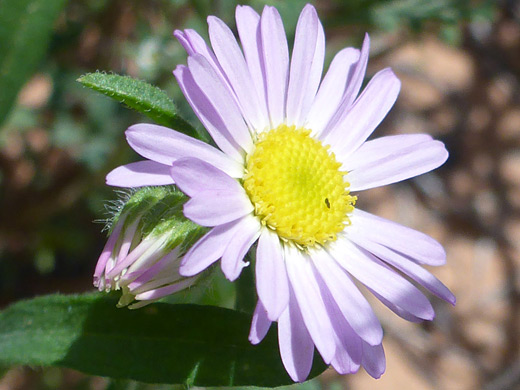 There are many pink, daisy-like wildflowers in the West, sometimes difficult to distinguish. Erigeron utahensis, commonly seem in southwest Utah and north Arizona, forms dense clusters of dozens of flowerheads, each consisting of between 16 and 28 ray florets - somewhat wider and fewer in number than many other species - petals around a yellow center composed of tiny disc flowers, and is found in rocky areas, often in alcoves. The buds are darker pink but the rays quickly become much lighter in color when open. Each stem may hold one flowerhead or several.

Leaves, phyllaries and stems have an even covering of short, dense silvery hairs. Basal leaves are often withered at flowering time. 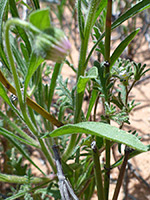 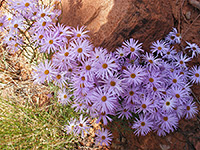