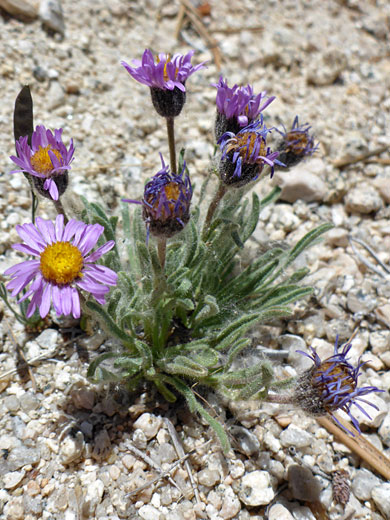 Erigeron pygmaeus grows in the Sierra Nevada and White Mountains, California, extending just a little way into Nevada. the common name, pygmy fleabane, refers to its short stature, rising just a couple of inches in its exposed habitats of rocks and scree at high elevations, though plants are quite noticeable when in bloom owing to their large, showy flowerheads.

Leaves are mostly basal; they have a covering of spreading hairs at the base and along the stem, and shorter hairs on the blade, while the stems are covered by short hairs, spreading and non-glandular. Stems are unbranched, and each is topped by a single flowerhead.

The involucre is lined by purplish, equal-length phyllaries, which have a sticky (glandular) surface, and a covering of spreading, white, non-glandular hairs. There are between 20 and 37 ray florets, around a third of an inch in length, colored pale purple to (less often) white. 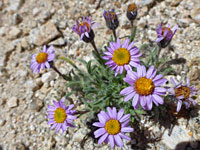 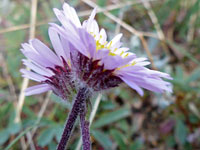 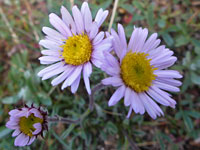 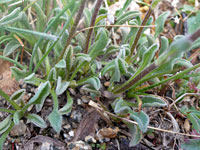 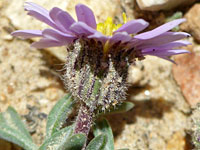 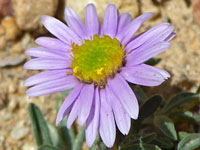