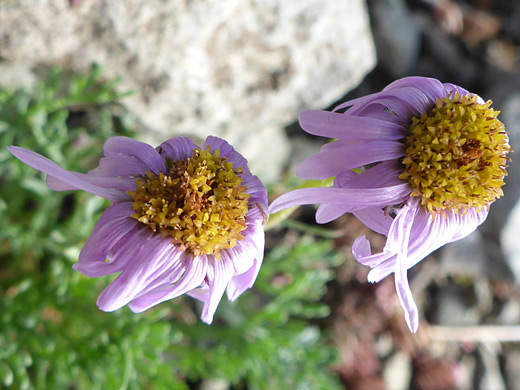 Erigeron pinnatisectus inhabits high elevation areas of the southern Rocky Mountains, above the timberline. The species name refers to the greyish-green leaves; these are pinnately divided into small lobes which have rounded tips, and (usually) hairless faces. Leaf edges are lined by a few short hairs. Lobes are often folded upwards, along the axis. Leaves grow mostly at the base, but also along the lower half of the stem, where they are reduced in size, generally unlobed, and linear in shape. Stems have a moderate covering of spreading hairs.

Each stem is topped by a single flowerhead, consisting of between 40 and 70 light purple or bluish ray florets around a group of yellow disc florets, which become orange then reddish as they mature. The corollas of the ray florets are around half an inch long. Beneath the flowerhead are three to five rows of sparsely hairy phyllaries. 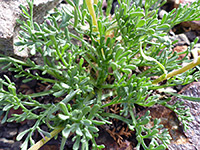 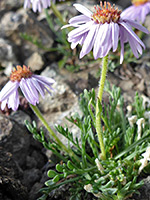 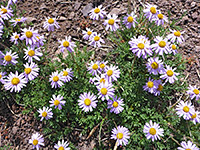 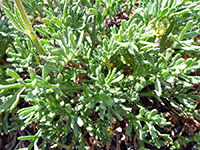