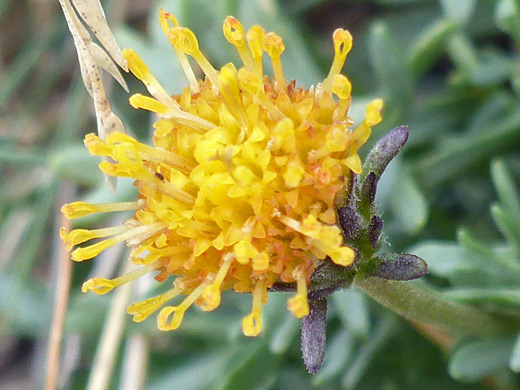 Erigeron mancus is a rare species, found only in the La Sal Mountains of southeast Utah, where it inhabits exposed, rocky places above the treeline. Plants are easy to identify as the flowerheads lack ray florets, instead only containing several dozen disc florets, which are initially colored yellow, becoming orange then purplish as they mature and wither. The corollas of the disc florets are less than 0.2 inches long. The involucre is surrounded by up to five rows of linear phyllaries, sparsely covered by short hairs. The lower phyllaries are often angled outwards. Phyllaries are initially green, becoming purplish later in the season.

Flowerheads form singly at the top of the short stems. Leaves grow at the base and the lower part of the stems; the former are pinnately divided into short, linear lobes with rounded tips, while the latter are mostly linear, and unlobed. The lobes of the basal leaves may be folded up along the axis. Leaves and stems are usually hairless. 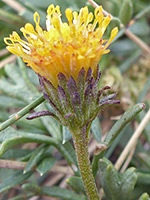 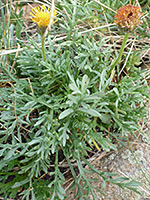 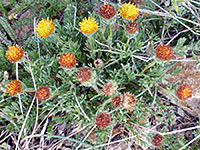