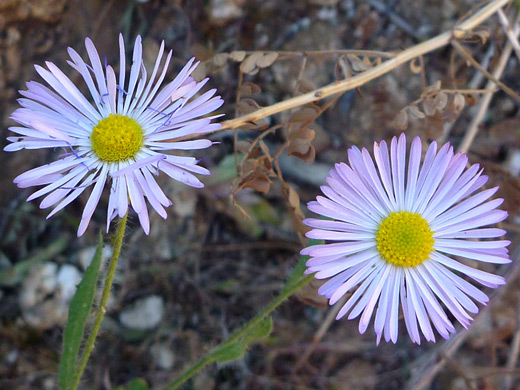 Erigeron lobatus is a relatively uncommon plant, found in scattered locations in Nevada, Utah and Arizona. Leaves grow around the base and at alternate intervals along the stems, and have 2, 3 or 4 pairs of large lobes along their margins, with either rounded or pointed tips. Leaves, stems and phyllaries have quite a thick covering of long, straight, white, glandular hairs, spreading away from the surface.

Flowers are borne at the top of the stems, singly or in groups of up to five (the stems branch towards the tip), and they have between 85 and 110 narrow ray florets, about a third of an inch long, white to pale purple to light blue in color. At the center is a compact group of several dozen yellow disc florets. 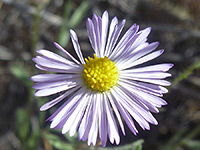 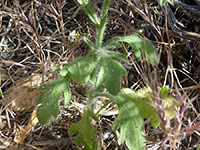 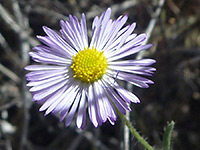 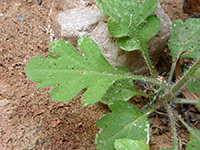 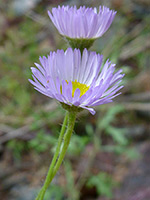 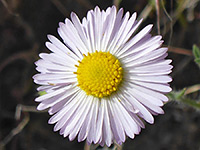