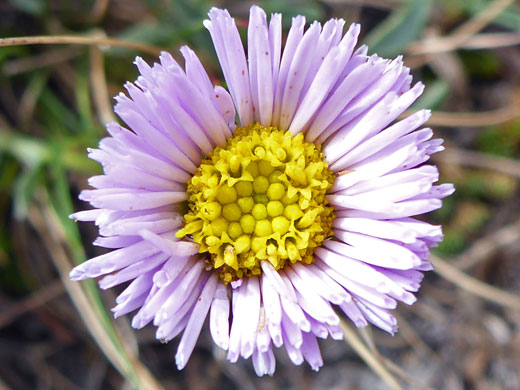 As its common name suggests, the rockslide daisy, erigeron leiomerus, is most often found on scree slopes and rocky places, in mountainous areas; in the subalpine and alpine zones. This is a small plant, growing close to the ground, but quite prominent owing to the mass of relatively large flowerheads, one per stalk. They have between 15 and 60 ray florets, a center of yellow disc florets, and 2 or 3 rows of phyllaries which are purple-green in color, hairless to sparsely hairy, and slightly glandular. Stems may grow sideways, at an angle or upwards; they are also greenish purple, and usually lacking in hairs. The basal, oblanceolate leaves tend to curve inwards, lengthways. Petal color ranges from nearly white to pink or pale blue, though the buds are darker pink. 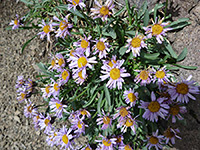 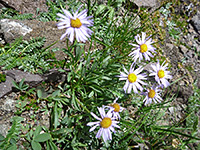 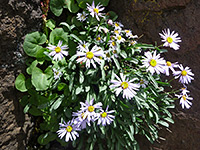 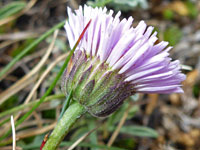 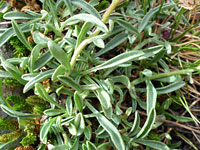