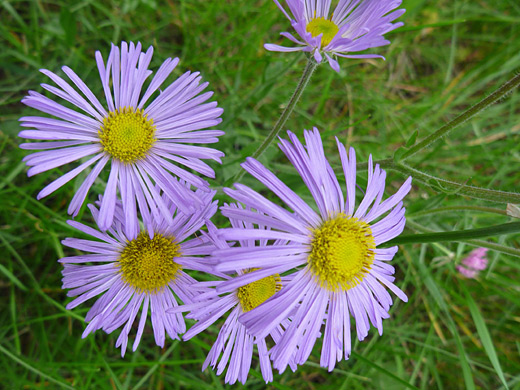 The light purple (occasionally pink or white), narrow ray florets of erigeron formosissimus number between 75 and 150 and are around half an inch in length, surrounding a center of several hundred disc florets, initially greenish, later yellow. The phyllaries underneath the flower heads are green with reddish tips, relatively broad, and glandular - covered by short, sticky hairs. Stems can be smooth but also usually have a covering of hairs. Basal leaves form quite a dense cluster, most pointing upwards; higher up the stems the leaves are shorter, and clasping. All leaves usually have very fine teeth along their edges, and all tend to bend inwards somewhat, along the axis. Stalks often bear just one flower head, but they can have up to 6.

Two varieties are var formosissimus and var viscidus, differing in the hairiness and glandularity of the phyllaries. 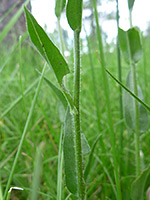 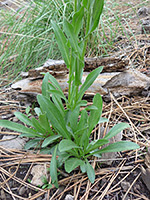 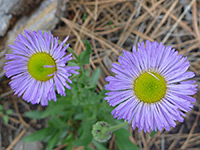