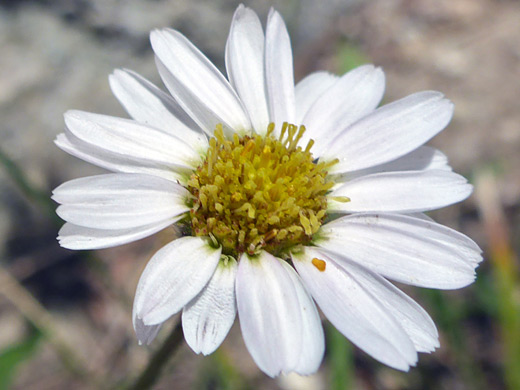 Identifying characteristics of erigeron eatonii include the generally broader and less numerous ray florets compared to most other daisies, and the leaves, which are narrow but wider towards the tip, and are crossed by three parallel, lengthwise veins. Ray florets number between 16 and 42, usually colored white, less often purple or pink, around a center of disc florets, initially greenish, then yellow. Rays are about a third of an inch long. There are two rows of phyllaries, similar in length, curving outwards at the top. Phyllaries are covered by straggly white hairs, and may be slightly glandular.

Stems may grow erect or at a low angle, with the upper part arching up, and they too have a strigose hair covering. Leaves are found mostly at the base but also along the stems. Leaf surfaces are sparsely strigose hairy.

There are six varieties of erigeron eatonii, mostly occupying non-overlapping regions; they differ in the number of flowerheads, the type and extent of hair covering, and size of the involucre. 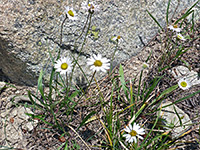 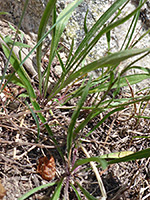 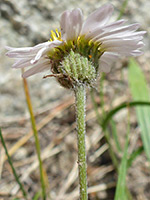