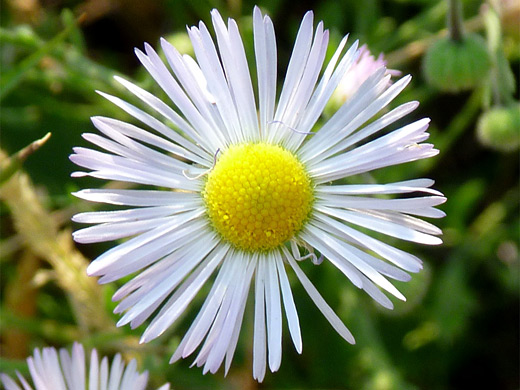 As its species name suggests, erigeron divergens branches more than other fleabanes; flower heads are borne at the end of long, thin stems and the plant forms more open, less compact clusters than some other members of this large genus. Flower color ranges from pure white to pale pink; each flower head consists of 75 to 150 narrow, overlapping ray florets and about twice that number of greenish-yellow disc florets. Buds are a much darker shade of pink. The dark green phyllaries are quite hairy, somewhat glandular (sticky) and narrow.

Leaf surfaces, leaf edges and stems are covered by greyish-white hairs which are short and thin, but quite stiff. The plant is rather variable, in leaf color, leaf dimensions and the number of flower heads, reflecting the wide range of habitats and elevations where it grows. 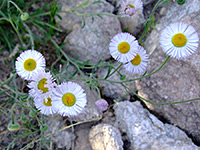 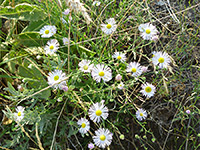 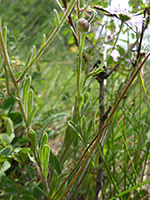 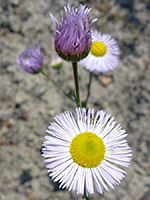 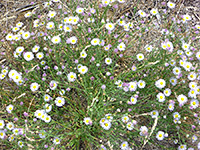 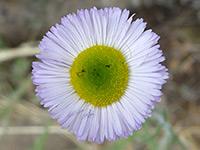 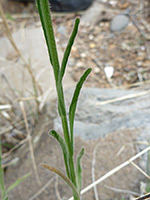