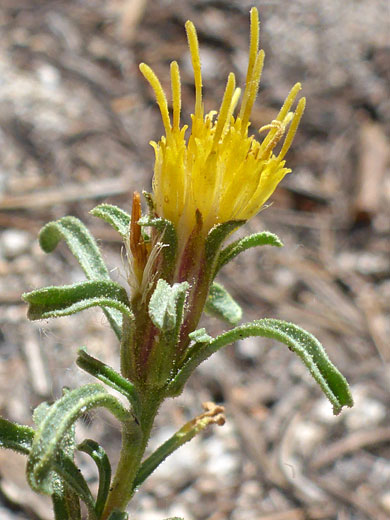 Flowerheads are produced at the tip of the branches, singly or in small clusters, atop short stalks. Beneath each flowerhead are up to three leaf-like bracts, though sometimes these are absent. The involucre is enclosed by between 12 and 17 glandular, green or light brown phyllaries, in two or three rows, some spreading or slightly recurved. The yellow disc florets number between 10 and 26, and when mature the corollas are about half an inch long. There are no ray florets. 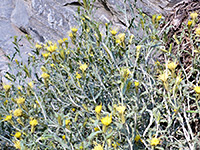 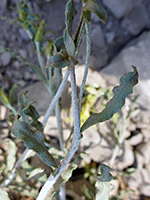 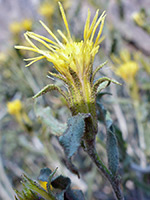 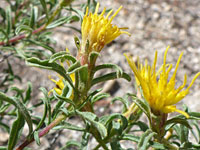 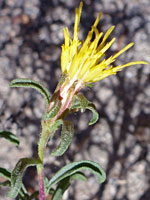 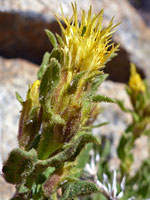 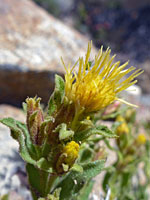 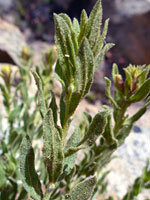