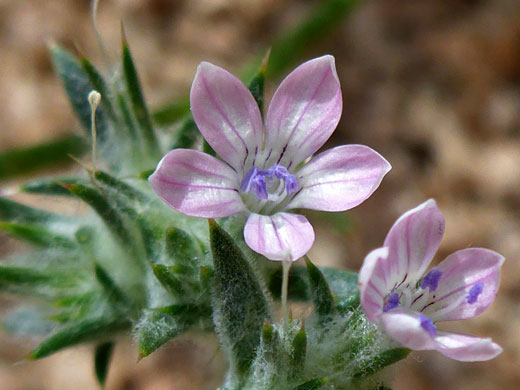 Stems of eriastrum wilcoxii are relatively stout and rigid, erect rather than spreading, branching a few times and bearing narrow leaves at alternate intervals. They are usually divided into lobes, between two and seven. Stems and leaves have a dense covering of woolly hairs.

Flowers form in clusters, amongst many unlobed, woolly-hairy, spine-tipped bracts, which are similar in length, or shorter. Bracts are narrow but somewhat flattened. The corolla tube is funnel-shaped rather than cylindrical, yellow or whitish in color, while the lobes are pale blue or pinkish. The five stamens are of differing lengths, and all are slightly exserted - held above the corolla throat, though not exceeding the lobes. The corollas are around half an inch long. 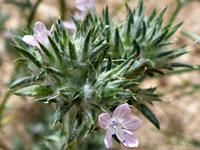 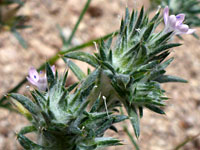